The Delightful Horror of Family Birding: Sharing Nature with the Next Generation by Eli J. Knapp

How do we ignite a love for nature in young people? If you follow Eli Knapp’s model, you do it with humor, gentle insight, and love for both children and the natural world.

Knapp (avid birder, father of three, and professor of biology) has plenty of experience engaging young people in the wonders of nature. His usual method is to take them outdoors to learn about birds. Birding may be the lesson plan, but life is the lesson. “Life is at its richest when we go outdoors together and keep our eyes open,” Knapp writes.

Arranged into short essays, this book is a perfect read for a busy parent or teacher. It’s never preachy; the stories are often quite funny, in fact. The title essay was sparked by a family road trip featuring a bird blind Knapp calls “the arachnid capital of the world.” Not all attempts to share nature with kids work smoothly.

But sometimes they do. In one of my favorite essays, “One Short of a Parliament,” Knapp engages his seven-year-old son’s curiosity by using the phrase “a murder of crows” to explain collective nouns. Knapp’s teaching style is so gentle that you don’t even realize you’re learning why “a scold of jays” makes sense but “a chain of bobolinks” does not.

From wildlife refuges to wastewater treatment plants to the wilds of Tanzania, birds—and opportunities to engage with nature—are all around us, as these essays prove. Wherever you are, however busy your life may be, Knapp’s curiosity and sense of wonder will send you eagerly outdoors, binoculars in hand and family in tow, to see what the birds are doing. It’s an inspiring read for anyone who wants to share a love for nature with young people.

View all my reviews on Goodreads

This is difficult to write, because I want to do him justice, and I won’t be able to. I only knew Dr. George West for the last few years of his long, productive life. What can I possibly say that would reflect my admiration for this man, who was such a pleasure to know and who accomplished so much?

The best I can do, I feel—the only thing I can do that might have any value—is write about what I experienced and learned during the time I knew him.

My friend Dianne Howard introduced me to George after meeting him and his dog, Sandi, while on a hike in the White Mountains in 2013. During their conversation, she told him she was writing an article for Arizona Wildlife Views magazine. He mentioned he had prepared the first draft of a memoir about his life working with birds as a scientist and conservationist, but didn’t know what to do with it next. He was looking for help, and Dianne thought of me, because she knew I freelanced as an editor.

I’m so glad she introduced us. I’ll never be able to repay that favor.

It turned out that George and I had some fun things in common. We both loved birds, of course; we’d both lived in Alaska (he lived in Fairbanks and Homer, I lived in Juneau). Once we’d been introduced via email, George sent me the first chapter of his memoir, which I read and responded to in an editorial letter. Then he sent more chapters, and I responded again, and this relationship was launched: writer and editor, meeting on screen and on the page, communicating via the written word.

The writer-editor relationship is intimate, perhaps especially when you’re working on a person’s memoir, but I can be slow on the uptake, and George was such a humble man that it took some time before I grasped the full extent of his credentials. During a distinguished scientific career as an avian physiological ecologist with the Institute of Arctic Biology at the University of Alaska Fairbanks, Dr. West had more than 80 scholarly articles published. To share his knowledge of birds with the public, he wrote the “Birder’s Guide to Alaska” and other bird guides, including two books about hummingbirds. His talents were not limited to the written word: He was an accomplished artist in a breathtaking variety of media, from pen-and-ink to photography. He also co-founded the Hummingbird Monitoring Network, which collects data to ensure smart conservation of hummingbirds. And that’s only a beginning of the list of things he’d accomplished in his 80+ years.

By the time I found these things out, we were colleagues with a project to work on, and though I was impressed by his doctorate and his many other achievements, I wasn’t cowed. George was such a gentle, self-effacing man that it never occurred to me to be nervous about working with this illustrious personage.

Together, we focused on the memoir. George told me he’d never written this kind of thing, and didn’t read such books. He read mostly science and, when he wanted to relax, mysteries. It’s tough for someone to write in a genre they don’t read. It is also tough for someone to write an engaging, personal memoir that’s largely about science. He knew I liked reading and writing memoirs, and asked if I might take his first draft and ghost-write something for publication. By that time, I’d read more than half of it. I felt its potential, and I also felt George was a man who liked a challenge. So instead, I offered to coach him as he revised it.

We looked for books “like” the one he wanted his memoir to be, to use as examples, but found very few. I had the audacity to send him a reading list, trying to help him find a writing style for this new kind of work he’d embarked on. Among others, I suggested “All Creatures Great and Small.” I knew his eyesight was poor, so “reading” might mean listening to a book on computer. I also knew  how incredibly sharp his mind was. If he enjoyed even one of the books I suggested, it was worth his time and mine. To his great credit, he always expressed appreciation for my suggestions, no matter how far out in left field they went.

I marked up his chapters, coaching him, pushing him in the direction of memoirs I’ve read and enjoyed. I encouraged him to be personal, put the reader in the moment, share his feelings. Here again, though he did push back gently sometimes, he was always incredibly kind to me and respectful of my suggestions. I can’t imagine a more gracious response to what must have been, at times, a repetitious litany of notes.

This will sound funny, but in the two-plus years we worked together, we only met once. Dianne and I joined him and his beautiful wife, Ellen, and Sandi for a walk on the West Fork of the Black River and a visit to their house in the White Mountains in September 2015. I was actually nervous to meet him in person, even after so many months of collegial emails. But those nerves soon faded away. We walked and talked, looked at plants and appreciated the beauty of a place he loved and knew well. He was a quiet person, but so am I, and it was easy to be around him. I will always be grateful for those memories.

There were interruptions in our work, of course. He travelled; I travelled; he had other projects; I had a full-time job. One thing he never let slow us down was his health. His eyesight was rapidly deteriorating. I’m sure it must have frustrated him, this man who’d been able to pick out distinguishing marks on a pale brown bird a hundred yards away, but he found ways to keep working and never once entertained the idea of quitting our project.

In fact, the concept of quitting wasn’t in his vocabulary. The man was a publishing machine. While we worked on the memoir, his book “North American Hummingbirds: An Identification Guide” was published by the University of New Mexico Press; a great achievement. In the summer of 2017, he sent another book, “Plants of Arizona’s White Mountains,” to the same press for consideration. He invited me to help him with the introductory material, which I felt honored to do.

In the meantime, we made progress on “A Life for Birds.” After we’d finished a few rounds of revision, other people read drafts and gave suggestions. Writing this story was a big challenge for a science guy, but that didn’t phase him. He was ready to wade back into it with me in the fall of 2016. His eyesight had become a significant impediment, but he said, “I really hope we can work out a way for you to get me through the rest of this book.” He felt that, after one more review, it would be ready for consideration by a publisher.

I wish I had been able to finish the project with him. It wasn’t like George to leave work undone. But this was still on his list when he died Aug. 31, 2016, after a stroke.

I will always remember George West as someone who grew old with grace, accomplished great things with a humble attitude, never stopped learning, and always made people around him feel appreciated. In his 85 years, George never quit making a positive difference for the people, places and birds he loved. I will miss him, and I’m just one person who knew and admired him for a short time in his long life; there are so many people who are grieving his passing, and most of them knew him better. We share this in common: Although I am sad about his death, I am grateful for his life; for all of it, but especially for the part he shared with me.

"Becoming an editor is a life's work." ~John McIntyre, The Baltimore Sun 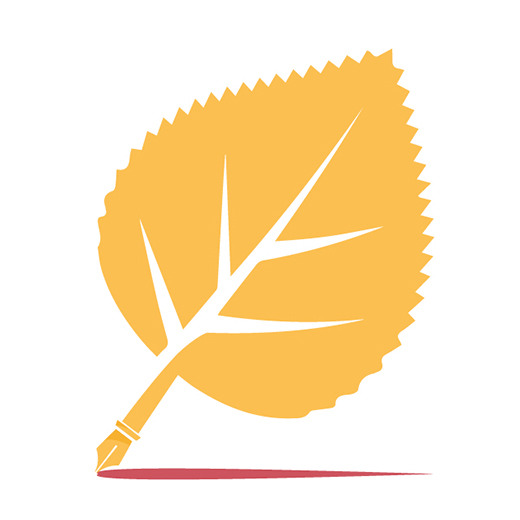